Planning for a Healthier Tomorrow: How AHA Expanded a Fully Functional Children’s Hospital without a Disruption in Patient Care

Each year, more than 870,000 children are treated by the country’s top medical professionals at Children’s Healthcare of Atlanta (CHOA). While their ailments range from severe, life-threatening conditions to minors scrape and breaks, their families choose CHOA for its consistency and quality of care.

Recognizing the need for additional facilities to treat its growing patient population, Children’s Healthcare of Atlanta carefully planned a 60,000-sf expansion in 2015. But the leading pediatric hospital knew that illness wouldn’t wait. How would the organization provide around-the-clock critical care while undergoing an extensive expansion project?

To answer that question, CHOA started with a team of experts, which included AHA Consulting Engineers (AHA).

AHA recognized the key role it would play in the project and in the lives of families who rely on CHOA. “We had to consider the patients’ needs with every design decision we made,” said Mark McNaron, former Partner and Managing Director of AHA Consulting Engineers’ Southeast region.

With AHA’s input, CHOA elected to vertically expand its Scottish Rite Hospital, which was originally designed to accommodate two additional floors. AHA designed the new fourth and fifth floors to add 60,000-sf and 60 patient rooms to the hospital, as well as new spaces for pediatric intensive care, hematology and oncology.

“Moving the existing rooftop equipment to the new fifth floor roof while keeping the hospital fully operational presented a considerable challenge to our design team,” said McNaron. “So AHA went beyond its traditional design scope and focused instead of saving money to purchase new rooftop equipment.”

The new equipment, which was not included in the original plan, could then be installed while the existing equipment remained in place. Once complete, the systems would be switched over without a disruption in service.

Concurrently, AHA’s engineers devised a plan to expand the capacity of medical gas systems to extend to the new fourth and fifth floors. While the hospital’s original engineers anticipated the requirements of the fourth and fifth floor gas systems additions, AHA had to develop independent calculations for the addition. “AHA studied the existing systems closely to verify that they could accommodate the added capacity,” McNaron explained. “We couldn’t leave anything up to chance.”

Adam Murrietta, AHA Plumbing Department Manager, led the detailed process. “We consulted the existing drawings and calculated the entire load for the hospital and the expansion,” he said. “Together, we created a spreadsheet that recorded every aspect of the system and every flow rate.” In doing so, AHA discovered that the oxygen and medical vacuum system were sufficient for the expansion – but that the medical air would not be fully operable on the new fifth floor. With that knowledge, the team was able to design a system expansion that met the hospital’s needs for patient care. AHA also designed a new heliox gas system for use on the fourth floor. Heliox is a healthy mix of oxygen and helium used to facilitate breathing in young patients.

“Maintaining positive air pressure in the hematology-oncology spaces keeps germs from entering the patient areas,” McNaron explained. “Our team understands the infection control risks associated with healthcare expansion design and addressed them at every stage of the process.”

“We recognize that throughout the day, patients require different lighting levels than staff do,” McNaron explained. “AHA designed a system and executable design plan that takes the patient care lifecycle into account while facilitating the great work that CHOA does for families across the country. We thought of everything.”

“I don’t know of another children’s hospital that has expanded vertically,” McNaron mused. “AHA is so honored to be a part of the team selected by Children’s Healthcare to do the expansion for kids who need lifesaving medical care. It’s a huge responsibility, and we’re proud of what we have accomplished.” 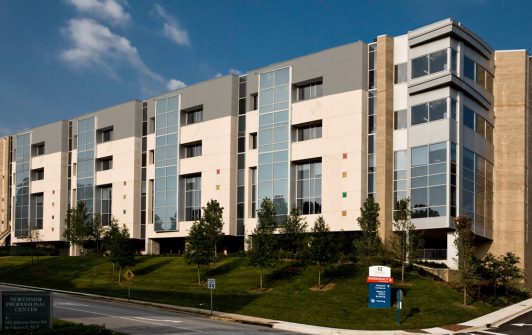 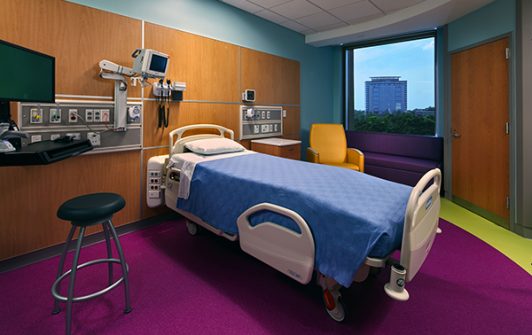 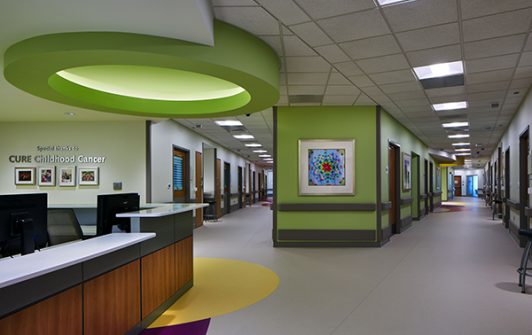 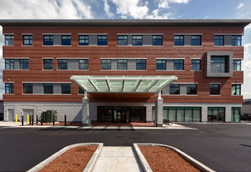 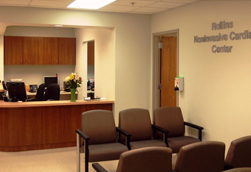 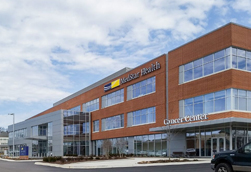 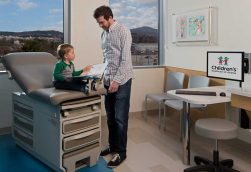